(A Portuguese version is currently  no forninho...)

The Hidden Costs of Careless Living

until it’s too late ,

trusting in faith or fate,

ignoring all the signs and the signals -

the water drying up in the reservoirs,

a cancer growing deep in the belly

or the bowels.  In fact,  it all starts

watch the way you stack those dishes,

and goes on, fattened by life’s crescendos

of bad investments, confusion, or seduction

in a world of catchy phrases and grownups who

“Don’t vote for that monster!”

you’ve given yourself each morning

at breakfast:  take it easy, girl,

don’t deposit your trust in just any old fool,

better stop at the flashing yellow,

open a window     but not the whole

It flies in your face then,

driving 30 per hour on that old bumpy road

or speeding head on down the wrong expressway

and missing the exit ramp again

and again and again.

But sometimes you get a second chance.

You can undo a few nights, go back to the tape,

re-record your voice.  A bad day can turn lucky.

I forgot the pen and paper, but can always

stop to record this poem

at the next red light

Philosophers and wolves (work in progress). 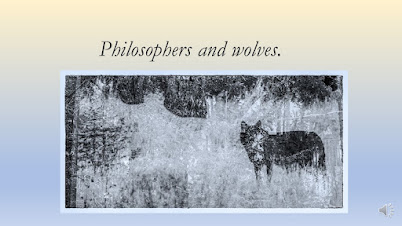 https://drive.google.com/file/d/1n4it5CAOAJ6H-PgLO3VUajUjLQqhVayh/view?usp=sharing
Just starting to practice with new forms and formats.  Hope you like it!
às maio 03, 2022 Nenhum comentário:

Grandmother Barbie, then only 14,

took the title literally.  Grandma was

already a toughie, and determined

not to end up like all those fifties housewives

at least not the ones in commercials who never climbed

out of their aprons,

who ran off shrieking when little grey mice popped up

in the kitchen at midnight

or who toted the boys from game to game   but

never dreamt of learning to pitch.  When this Barbie

assured her best friend Ken she was ready to meet

whatever the challenge, his elder brother – he’d flown

to live out his days on the streets of Oakland -

on TWA or Panam, land an executive hubby

or at least a half-decent pension plan.

Grandma got so pissed that  she stomped off

never to underestimate a girl who was born

step down off the shelves after store hours,

when the last employee pulled down the folding  gate,

and switched off the lights.  Steady with a flashlight,

she’d sit till morning, studying flight manuals and the history

of aviation, obsessing  over lives like Amelia’s and Bessie’s

or the novel she was currently reading.

It was about Marx’s bastard daughter

who becomes a pilot, vanishing

into the fogs of a world that reneged on any

real revolution.  There were other stories too

who escaped the dungeon by flying

out the window of her cell.  But my grandma

Barbie, being no sorceress, concluded

she’d have to fight the system with

its own tools.   When she realized she’d

better not wait for the southern states to ok

the ERA, she decided once again

to take matters into her own hands.

She’d pull on her overalls, sneak

out onto the airfields

while the others were still stone drunk

or snoring, flying her planes

to some off-the-map island.  There were

no h-bombs in hiding, nor tourists

tucked happily away in the brilliant steel belly

of her dream machine, as she headed out

into the deep of a night

where no Club Med and no World War III

could ever be possible. 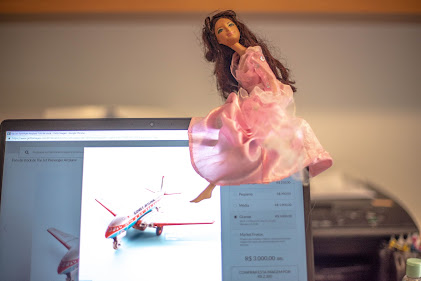 Another mother's son (work in progress)

(The anti-war theme comes back to me again and again, as I watch films, read novels or follow the news. Yes, human beings have a hard time learning from the past, and the powers that be are blinded by an insane logic that they are not willing to break with.  So here we go, again...)

Privilege of the women and children, to carve their way to

the border, through snowbanks or alongside the cars stopped out

along the freezing highways. They trudge on, too tired and hungry

to let the memory of home blaze a hole through their hearts. Some

have left behind husbands, fathers, or sons of sixteen still

behind broken-down sheds,   or under the yielding windows of

In the springtime,  tearful mothers

The walls have come down, so we see right straight through,

to hallways, to stairwells, to busted wiring,

the apocalyptic version of an architect’s model:

Before our very eyes,  an interrupted logic –

that which was once the tender or lively nest where

a family gathered, where neighbors broke bread, where

one spouse was tired and the other, wanting,

where siblings bickered over whose turn it was

to do the dishes.

Now, a reporter carves her way through the rubble:

this here was a bicycle, that, a dashboard,

and there, in a pile,  lies a broken camera,

one half of a helmet.

In the springtime, tearful sisters

a couple heads out onto the road.  they head for the border

bundled into a shawl, curled  into the arms of the young man, almost

a boy. his girlfriend tells us: the soldiers came knocking three times.

each time they told us, you keep your mouths shut, don’t tell we were here,

pointing their guns to her temples, pushing him to the ground, mortifying

the elders, making off with the last loaf of  bread.

In the springtime, tearful brothers

sometimes bad news travels quickly.  but it can – also - not come, or drag along

on its own wretched time, crawling on its belly like a wounded puppy

or lost at sea like a message in a bottle.   airwaves interrupted.  telegraph  down.

in tenuous silence. you might also open the wrong letter, or take the wrong phone call.

or stubbornly insist that void is nothing more than a sputtering battery.

in the springtime,  tearful mothers will be gathering flowers. 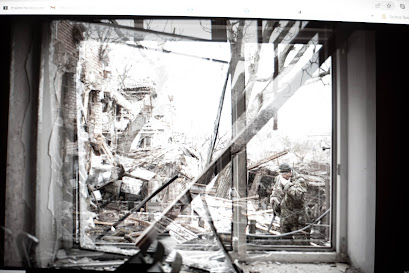 [Continuing on the Barbie poem vein, this one resulting from a challenge my sister and I invented together]

Though born into 50s Amerika

She preferred her Friend Flicka or

the Breyer herd, their dappled hindquarters

and molded manes, her debt to plastic coming

in Paint and Appaloosa, and something

she could buy with her petty cash

from babysitting.  Even the neighbors’ kids

were usually good, munching her popcorn and

liking her stories, though she

sometimes had a hard time

When her mom tried to drag her to Gimbel’s

for shopping, this Barbie went bananas,

recalcitrance born of odd preference for

trotting the paths of the park with her

sheepdog.  She was willing to give up the

for the corner drugstore, the lime cokes

served by savvy waitresses who

were already into tattoos and bad attitudes.

For years she forewent the cute dresses and pumps, or

the hippie frocks, or the fish-net stockings and

psychedelic miniskirts she was kind of

Although not trying to make a statement,

she despised wasting time on the picky details,

or worrying about nails on a trip to the barn

where real horses nibbled on her hair, warmed

her shoulders with their breath, pressed velvety

muzzles against her cheeks.

When Barbie started to grow real boobs her

friend Steffi’s dad said  beware of riding.  You could

give you more than a temporary canter. And there was the doctor who

thought himself privy to her secrets, prying for details

on equitation and its orgasms 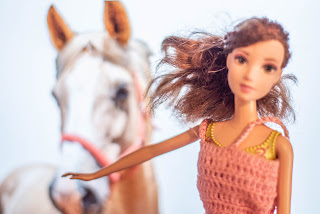 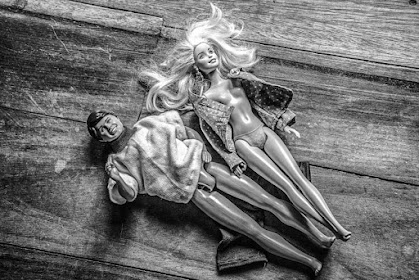 Back from the war in my revenge

bring me the axe. I’ll carve the idealized man

as hair. A man in motion

is most important. To the femur—

out my life. Give the arms strength

to beat me black & blue. I’ll make a fast

machine so I don’t have to compete with anyone

but myself. There should be no voice box—

I’ll fasten eyes to get lost in,

to crawl inside.   The pull of his lower nerve

will stop time. It is here

the true site of human bloom.

the temple in man. I walk home

through his hypostyle halls. I touch his skin.

I see the end of the world.

These are late poems.

Most poems are  late

of course: too late

that arrives after he’s drowned

Too late to be of help, such letters,

and late poems are similar.

They arrive as if through water.

Whatever it was has happened:

the battle, the sunny day, the moonlit

slipping into lust, the farewell kiss.  The poem

Or late, as in late for supper:

all the words cold or eaten.

Love and joy, even:  thrice-gnawed songs.

too late for dancing.

Still, sing what you can.

Turn up the light:  sing on,

(A Portuguese version is currently  no forninho... ) The Hidden Costs of Careless Living   People are like that. They just don’t list... 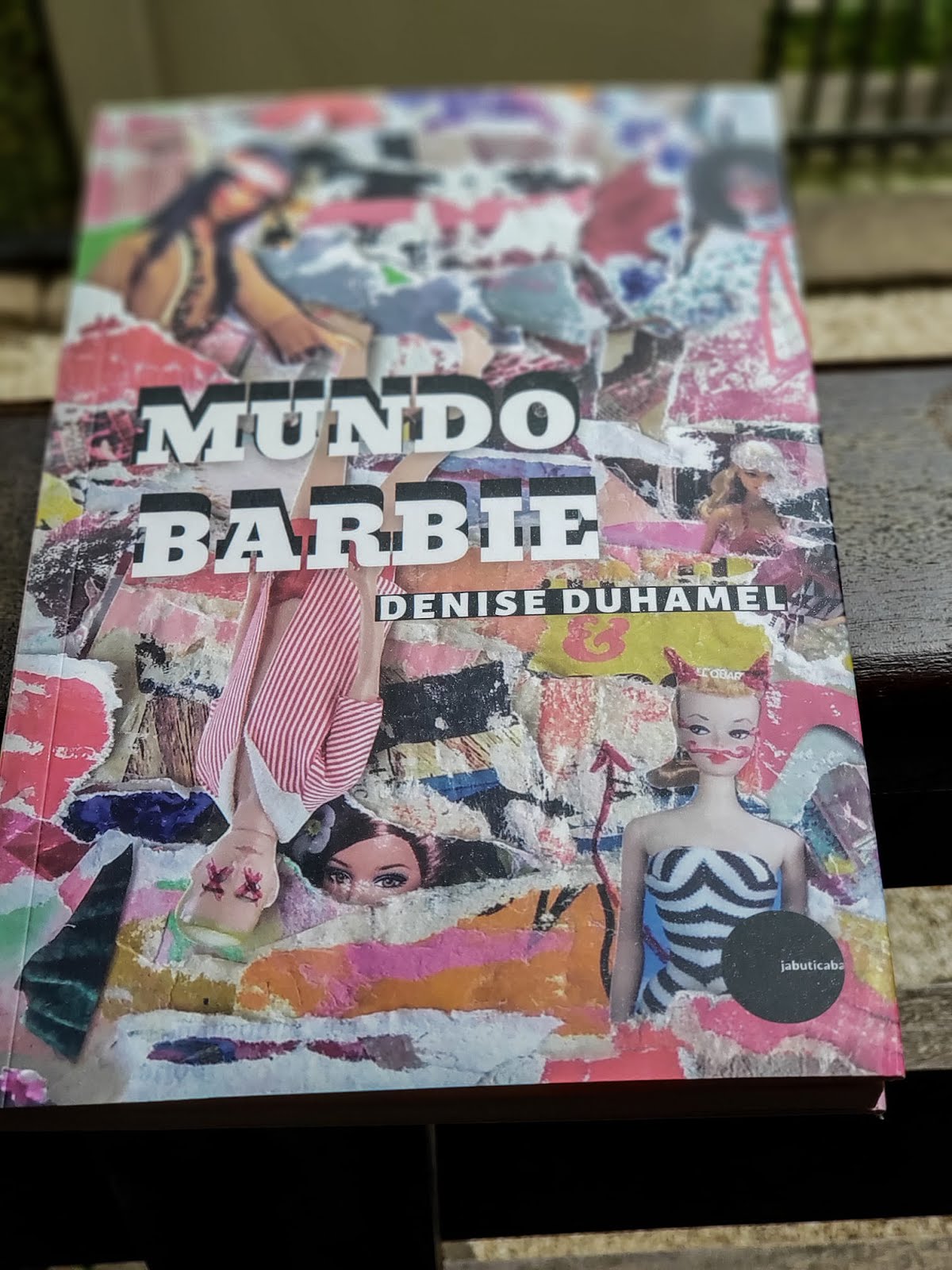 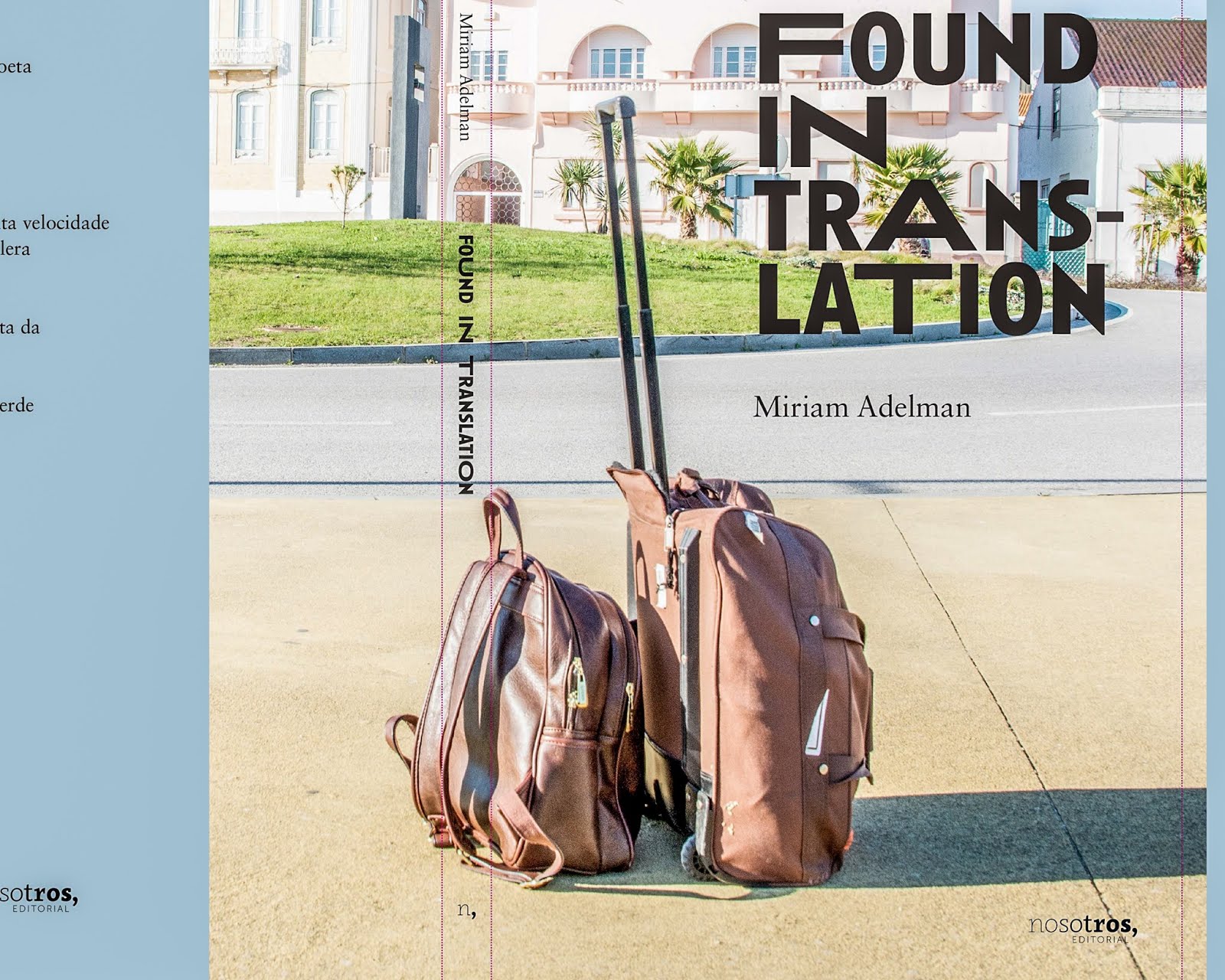 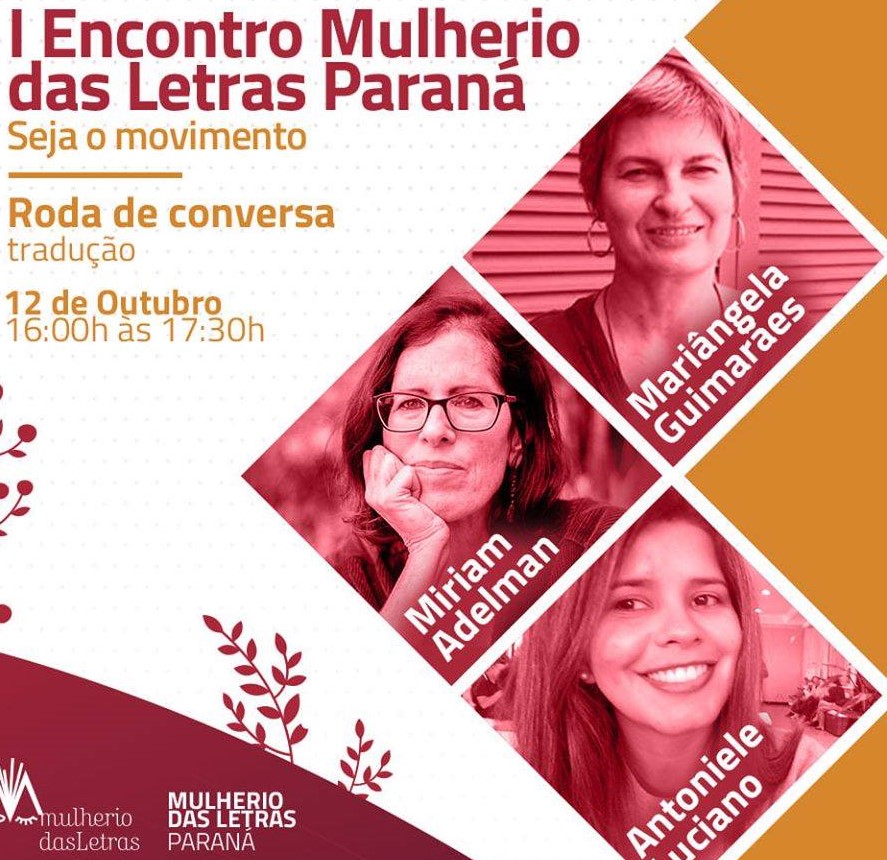 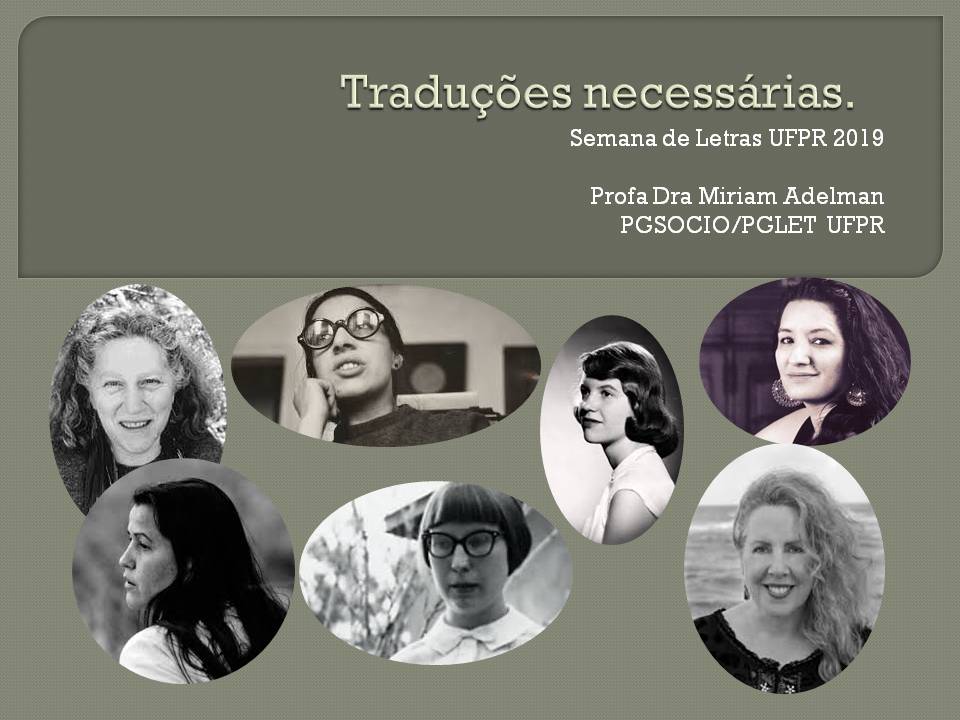 A Voz e a Escuta 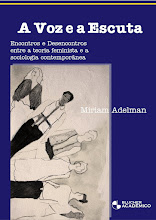